Are you one of those people who say, ‘I’d give anything to be young again?’ But, on reflection, would you really? Maybe knowing what you know now and going back in time would be an enticing option, but I’m guessing that a reasonable percentage of us would dread having to face the many pressures on the young these days.

School teachers are noting that even the ‘jocks’, the sporty, super-fit boys, are experiencing a higher incidence of mental health related issues; food issues, body dysmorphia, depression and suicidal tendencies are increasingly prevalent.

– Peer pressure, whether real or perceived is everywhere and from an early age. Wearing the ‘right’ brands, having the latest technology, fitting in with the correct look, can make all the difference to being accepted by others or not. It’s often only as we get older that we aspire to be different, relish having a quirky or eccentric look, but often younger people don’t have the confidence or self-assurance to not care about fitting in as neatly as possible.

– Parental pressure can be self-imposed. There may be guilt about working hard enough and doing well after seeing the struggles that our parents went through, the sacrifices they made in order for us to have the opportunities they missed. Some parents may have worked long hours, or battled alone as a single parent so that their children didn’t have to do without. Or there may be a ‘golden’ sibling and the pressure to match their results is an unspoken reminder of what could be achieved.

– Or there are those parents who live vicariously through their children, pushing them to live the life they never had, hot-housing their talents from a young age, dedicating themselves to ensuring their children achieved the success denied them. Finding the balance between encouraging your children to be active, motivated, make something of themselves, handle disappointments and failure rather than forcing them to do something they don’t want to do can be a challenge. Even hobbies are often areas where there’s added pressure, needing to excel at football, dancing rather than just having fun!

– Many young people have confusion about what they want to do with their lives, which career would suit them best and yet decisions influencing the rest of their lives have to be made at a very young age. Which subjects to study, which to drop, which interests to pursue can all have significant implications in later years.

– Studying and passing exams occupies a lot of time, thought and energy for young people, considerably adding to the many pressures they face. University is a focus for many and whilst university can be seen as a rite of passage it’s not the only option or even the best one for everyone. Studying something you may be uncertain about, may never use, whilst running up massive amounts of debt can add to the pressure already being experienced by them.

Taking a gap year to consider your thoughts and dreams can be a viable use of some time and teach important life skills along the way. Another option can be to ease the pressure by going to college to learn a skill or trade or joining an apprenticeship scheme. Undertaking education in a more ‘hands on’, less academic way can feel more relevant to everyday life. It can help identify your specific skill sets, those talents and areas you could develop in the future and is an effective way to introduce young people to a real work situation.

It may initially feel like failure if you don’t get into university but not going may be a blessing in disguise. Often when one door closes another one opens. That new door may offer a route into a satisfying career, starting your own business, following a path you may have never previously considered.

– When things don’t work out as planned it can help to find someone to talk things through with. If you can’t or won’t talk to parents or family find a mentor, teacher or even a peer group where you feel comfortable sharing your fears, concerns and emotions. Keep those channels of communication open and discuss your feelings openly and honestly. Listen, share and learn.

Talk things through with people who understand what it’s like to have once felt a failure, in despair, lost. Remind yourself of the many thousands of successful people who didn’t attend university or even college, who were rejected countless times and yet went on to become award-winning writers, film directors, business people, superstars.

– You’re not defined by your exam results. Failure happens when you fall and refuse to get up again. I’m guessing that when you were first learning to walk you fell over multiple times, but those falls didn’t put you off persevering, and now you’re able to walk and even run. A successful life is about taking some knocks and treating them as lessons along the way, a guide to trying a different direction, one that’s better suited to you and where you want to go.

Have a fallback position in reserve. Establish a Plan B so that all your eggs aren’t in the one basket. When you’ve other options, no matter how unlikely they seem, you’ll feel that you’ve reclaimed some power, a sense of still being in control. And it’s a relief, very liberating to feel somewhat in charge of your own life, not following a pre-determined path. It can be both scary and exhilarating at the same time! This way any pressure is genuinely your own!

Tue Jun 29 , 2021
A nonsurgical facelift is a skin tightening procedure which doesn’t involve going under the knife like more traditional methods of plastic surgery require.  It is […] 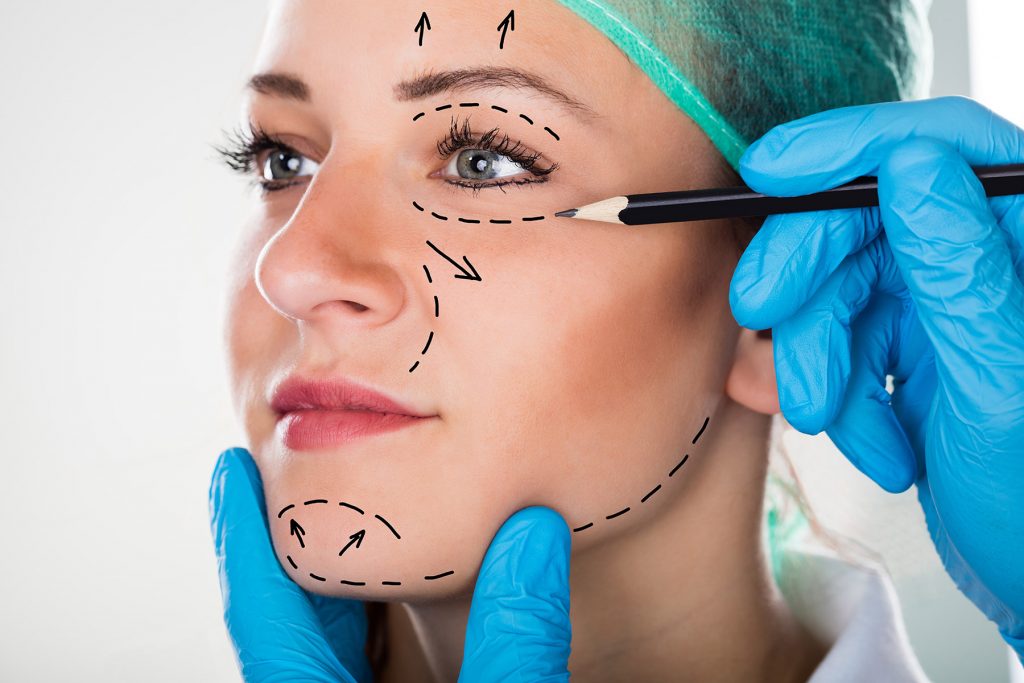